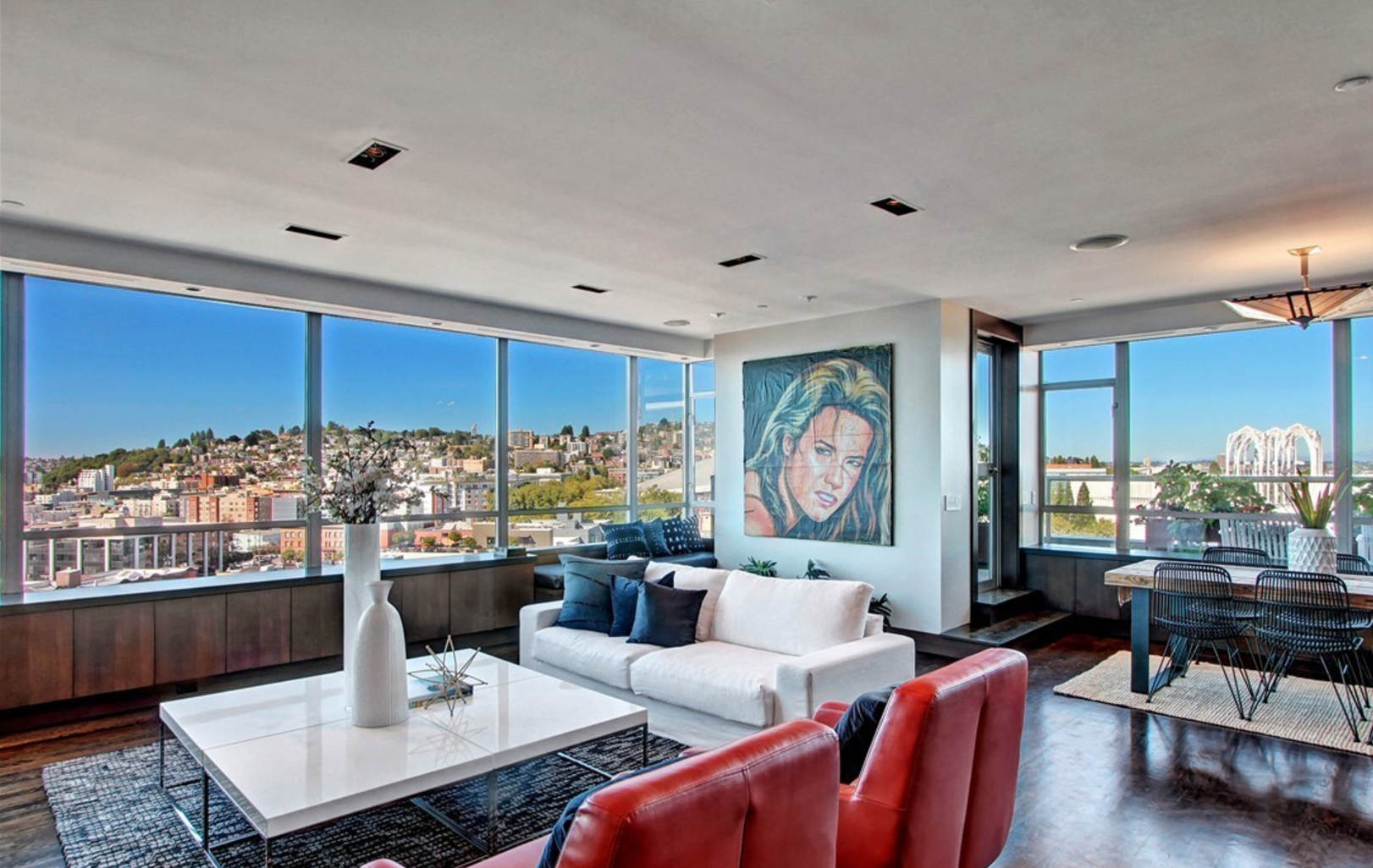 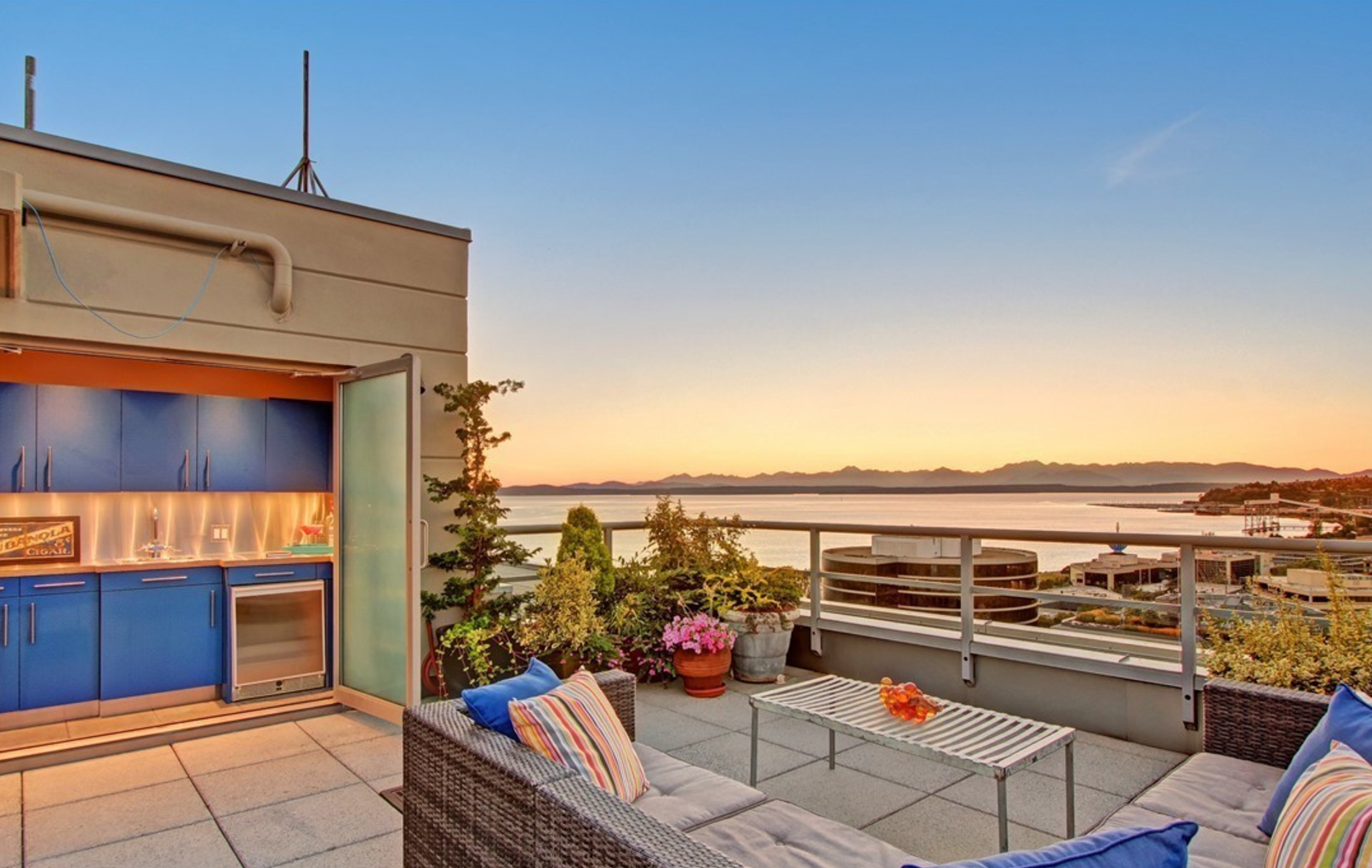 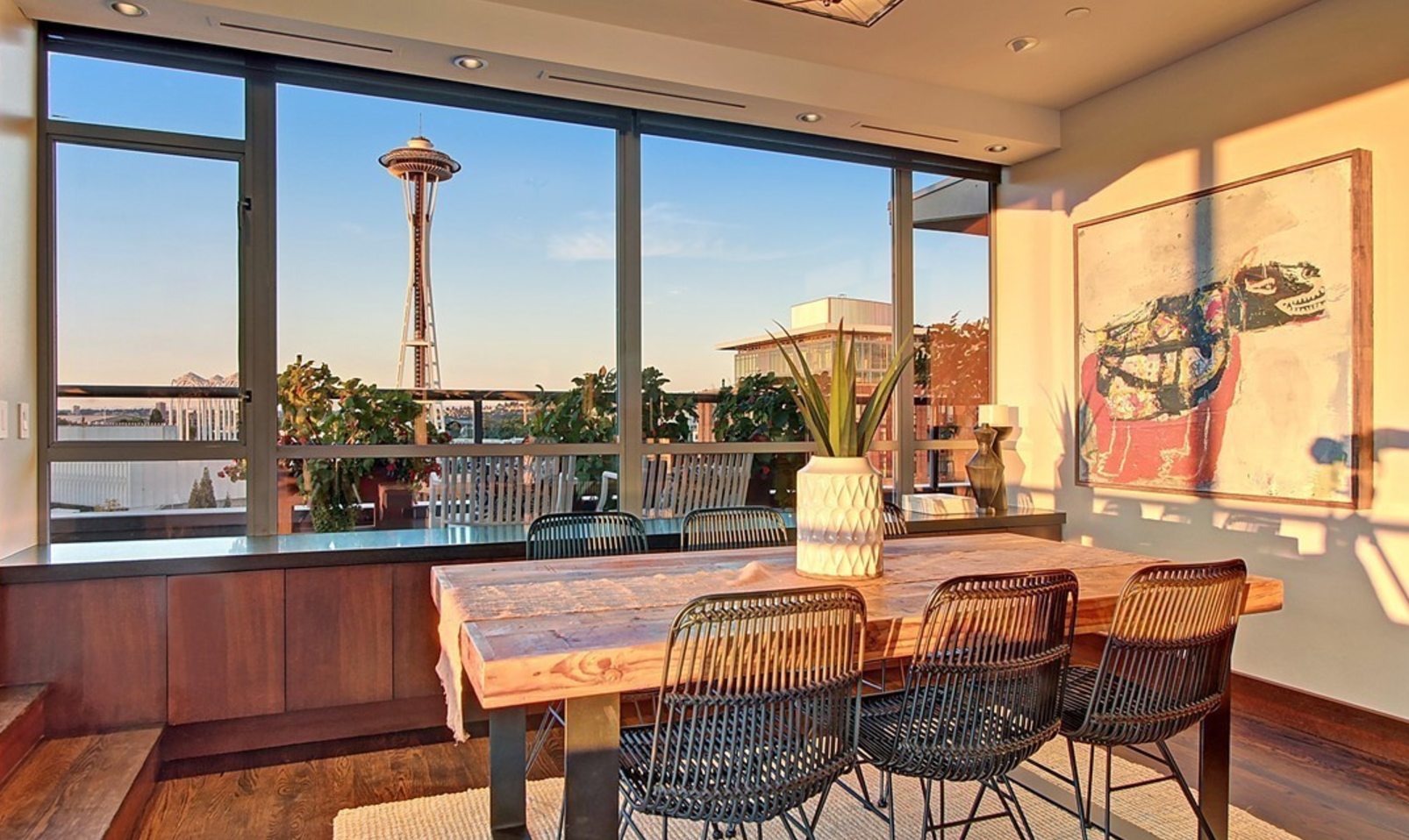 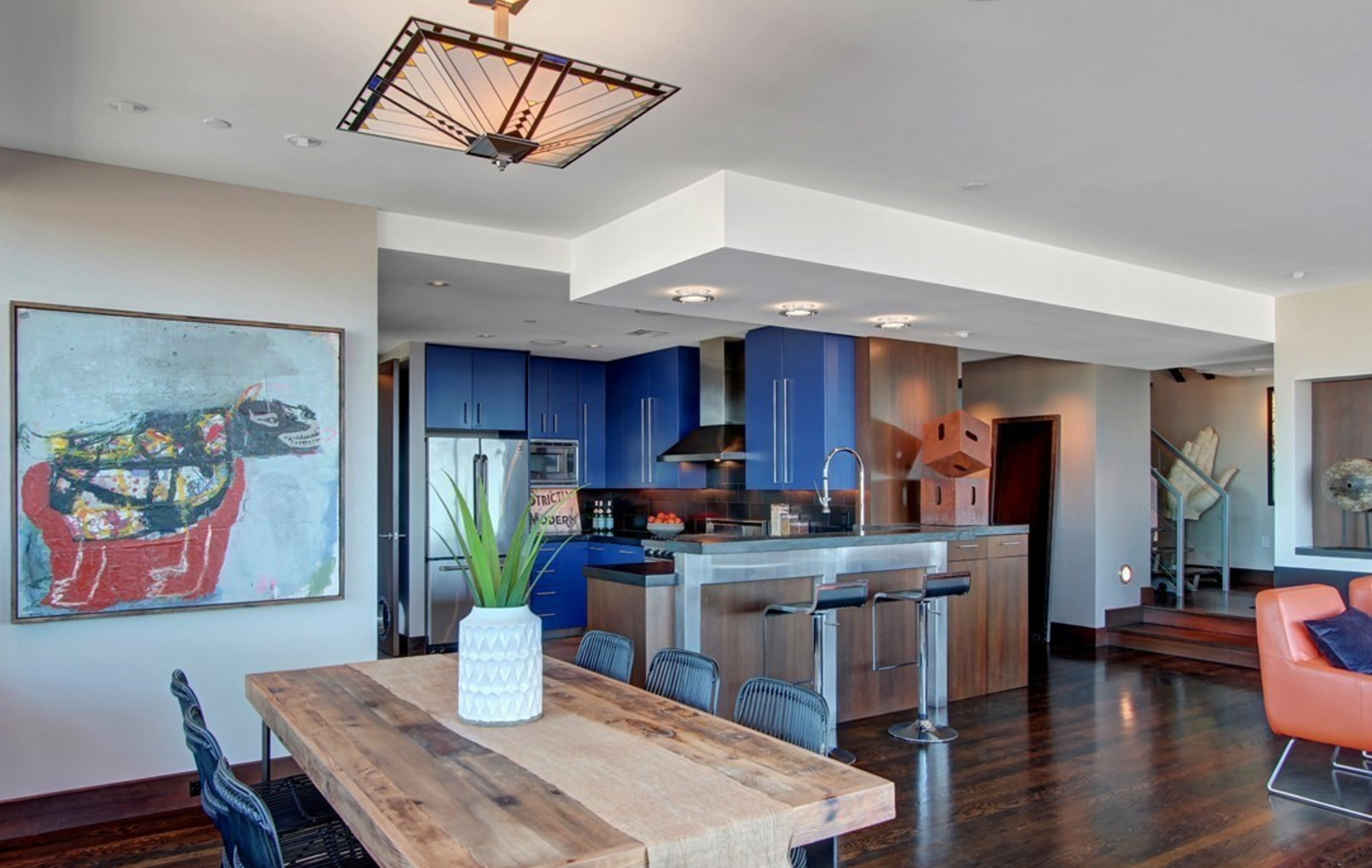 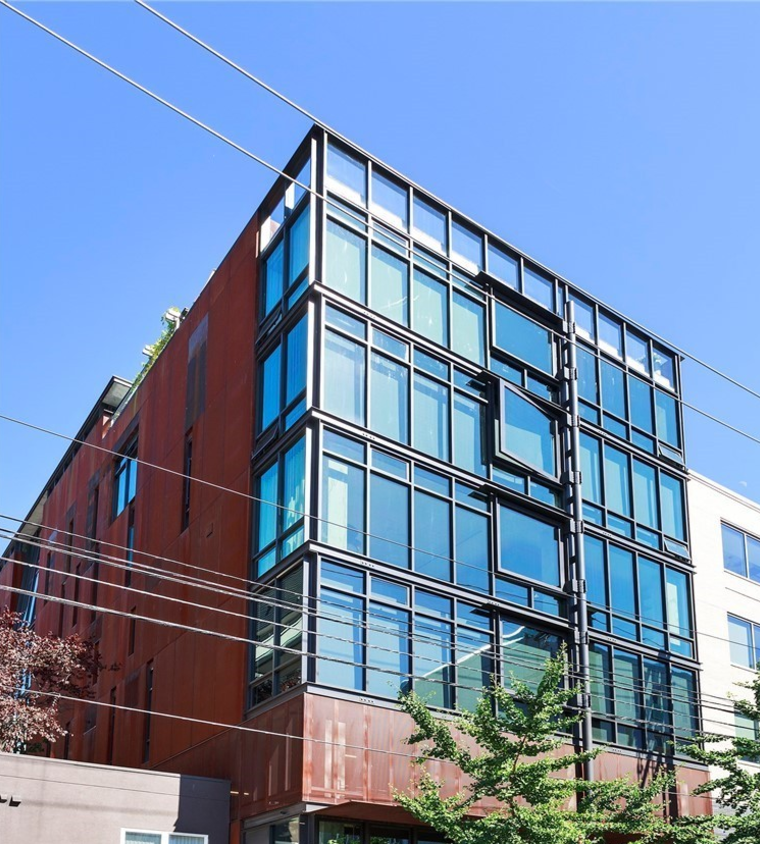 Guys, you have to check out this Seattle Penthouse! I went through the Brokers open on Tuesday and was BLOWN away. The 3,919sf glass and concrete penthouse is incredibly updated with Venetian plaster walls, concrete floors and walls of glass. The penthouse is part of very special building designed in South Lake Union.

The building is called Art Stable and it was designed Olson Kundig Architects – Art Stable received a 2011 AIA Housing Award and was named residential architect magazine’s 2011 Project of the Year.

ThE steel, wood and glass staircase was amazing to see in person (see below). The architect seamlessly mixed a lot of different materials throughout the unit. It is very impressive. We’ve attached some photos for you to explore for yourself.

We expect this unit to join many other Seattle Penthouse units that will sell this year.
[Listing and photos c/o Avenue Properties] 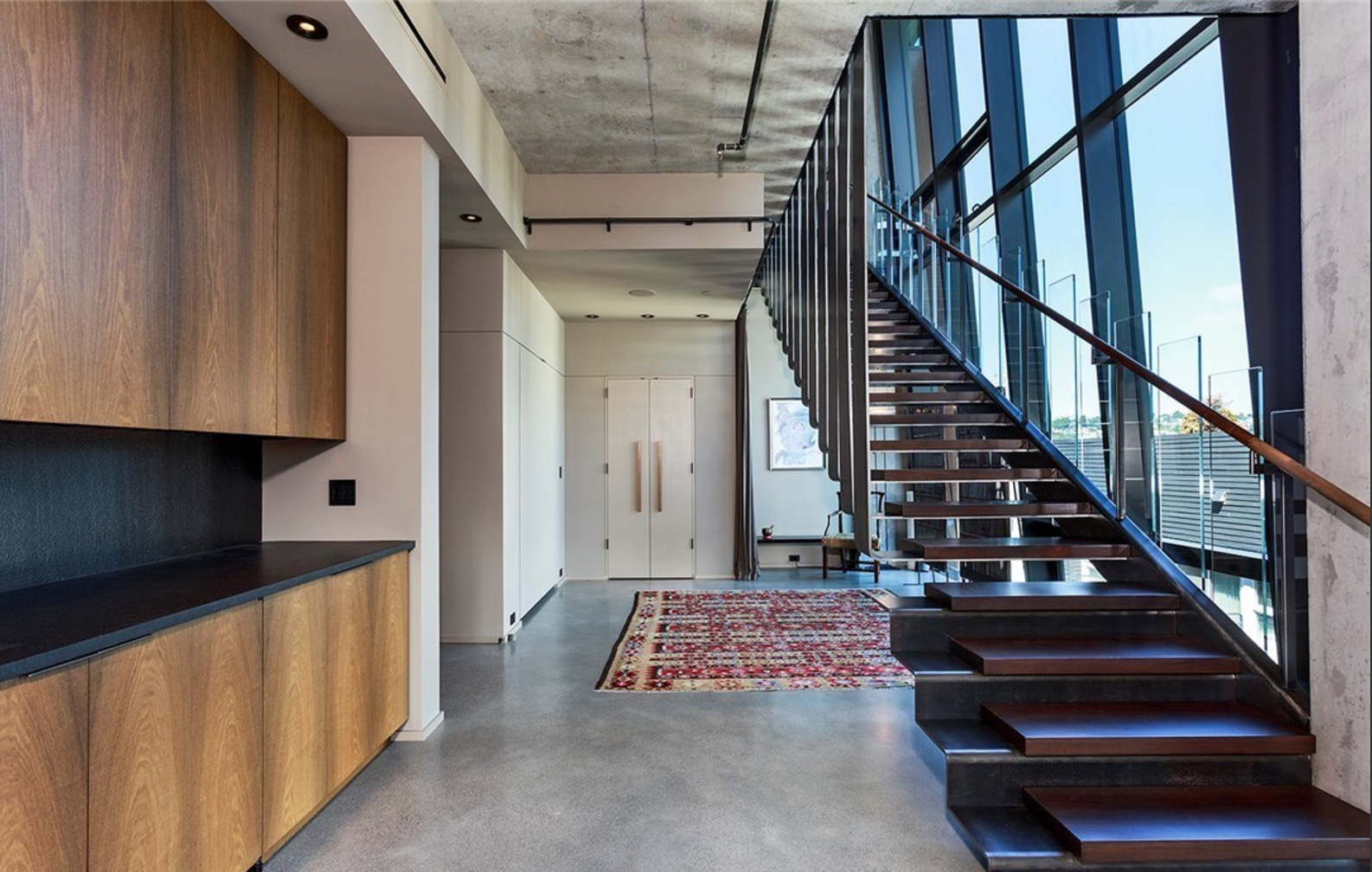 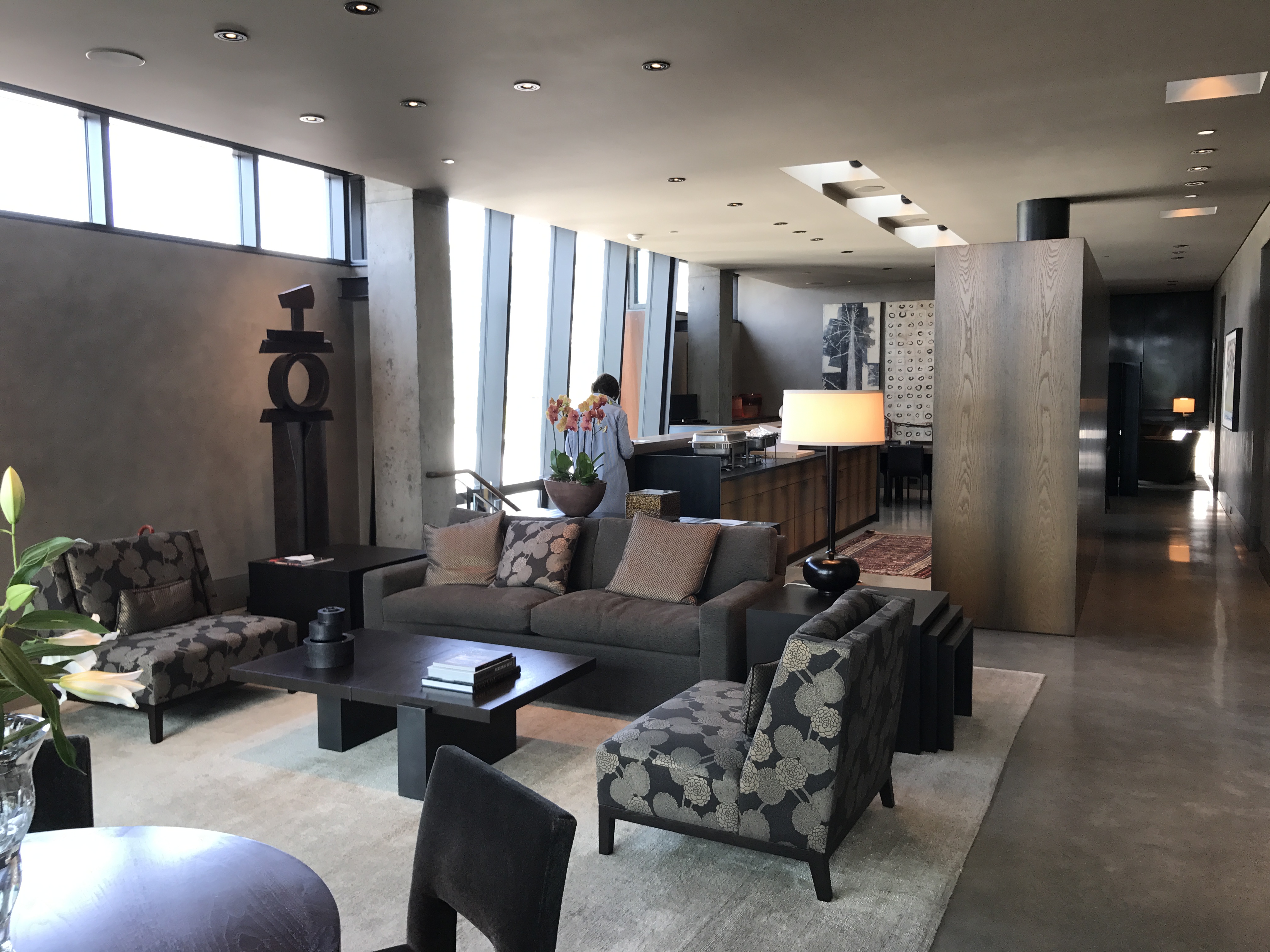 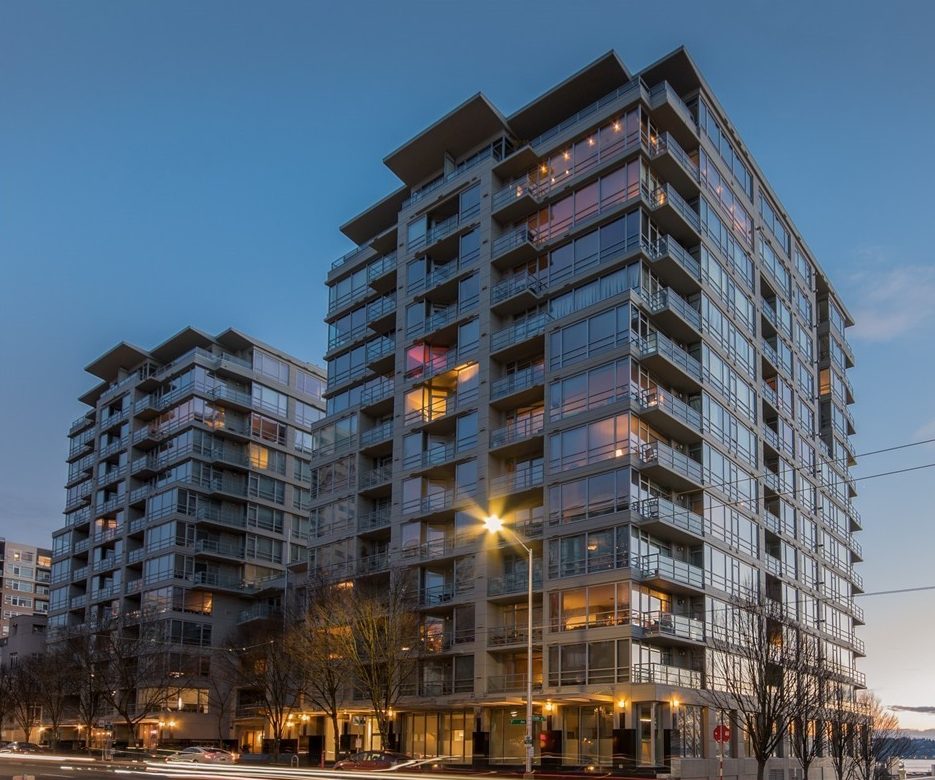 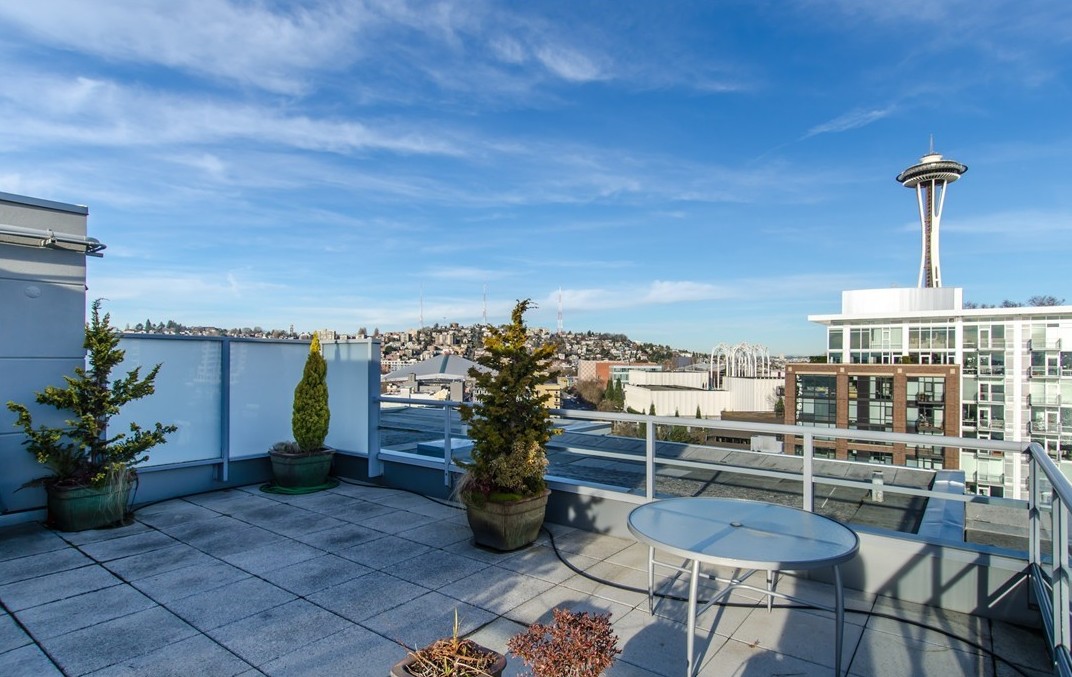 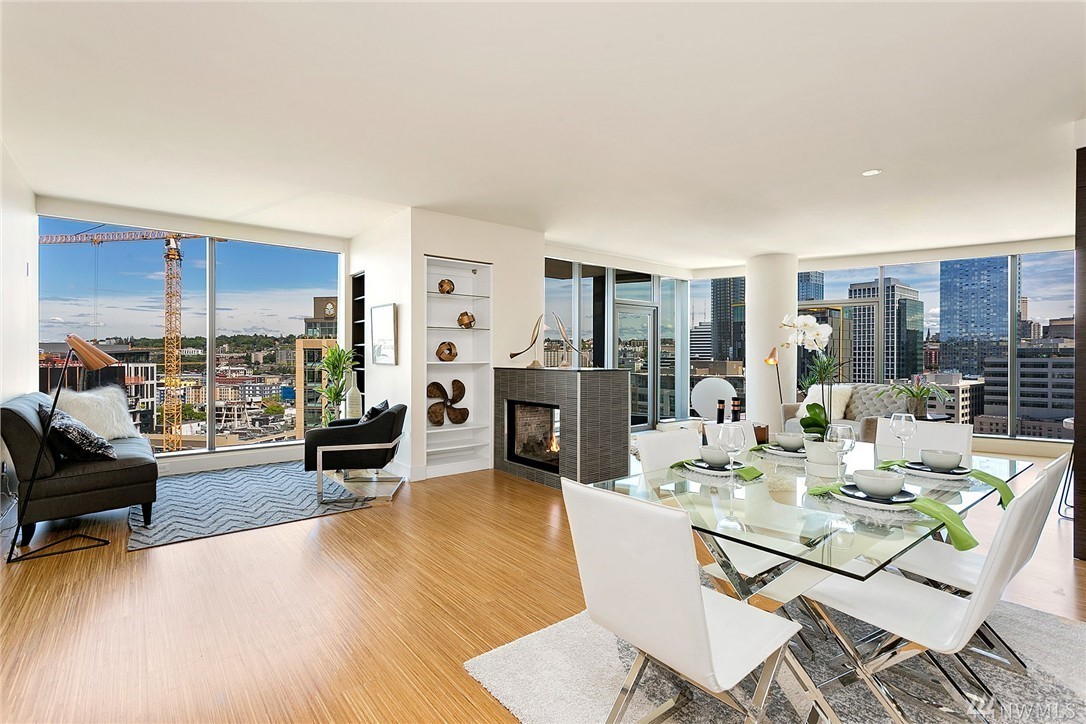 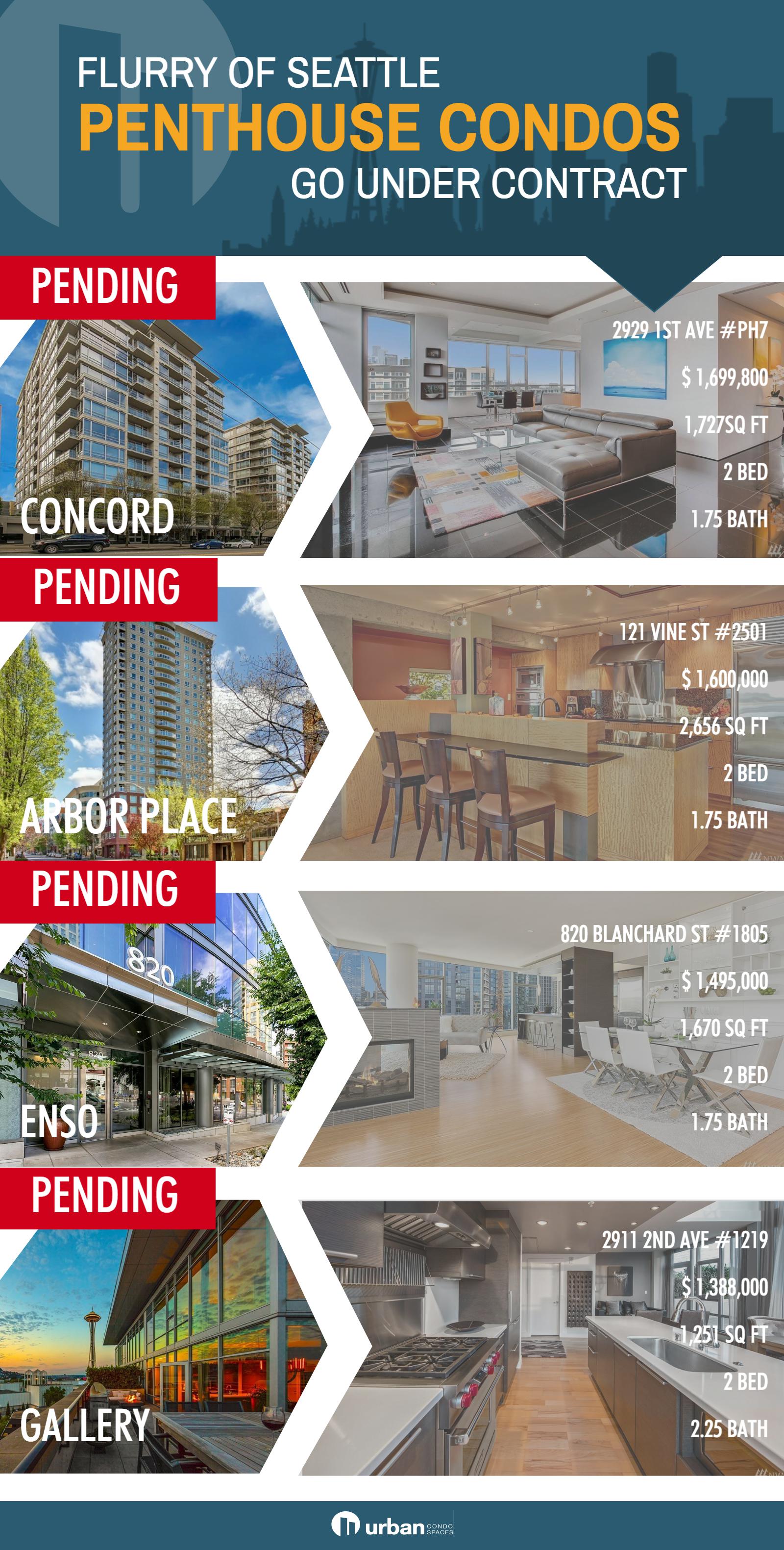 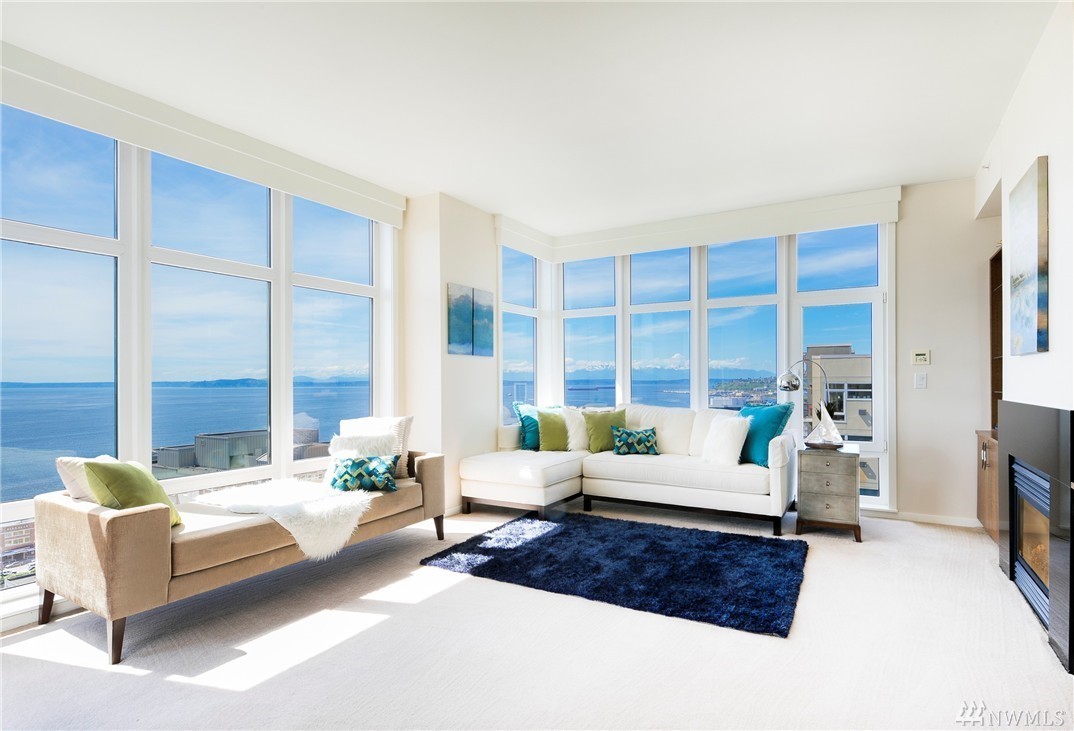 A new Seattle penthouse just hit the market at Avenue One in Belltown. It’s listed at $1,325,000.

The 2 bedroom, 1.75 bath top floor unit offers 1,338sf with pretty stunning west facing views. It was last purchased in 2005 for $995,000 when it was originally purchased from the developer.

Avenue One is located at the corner of 1st and Clay in the heart of Belltown. The building was designed by GGLO and developed by Intracorp. Built in 2005, the building has 116 homes on 13 floors.

Looking for something a little more expensive? A few weeks ago we posted the 3 highest priced Seattle penthouse condos currently on the market. 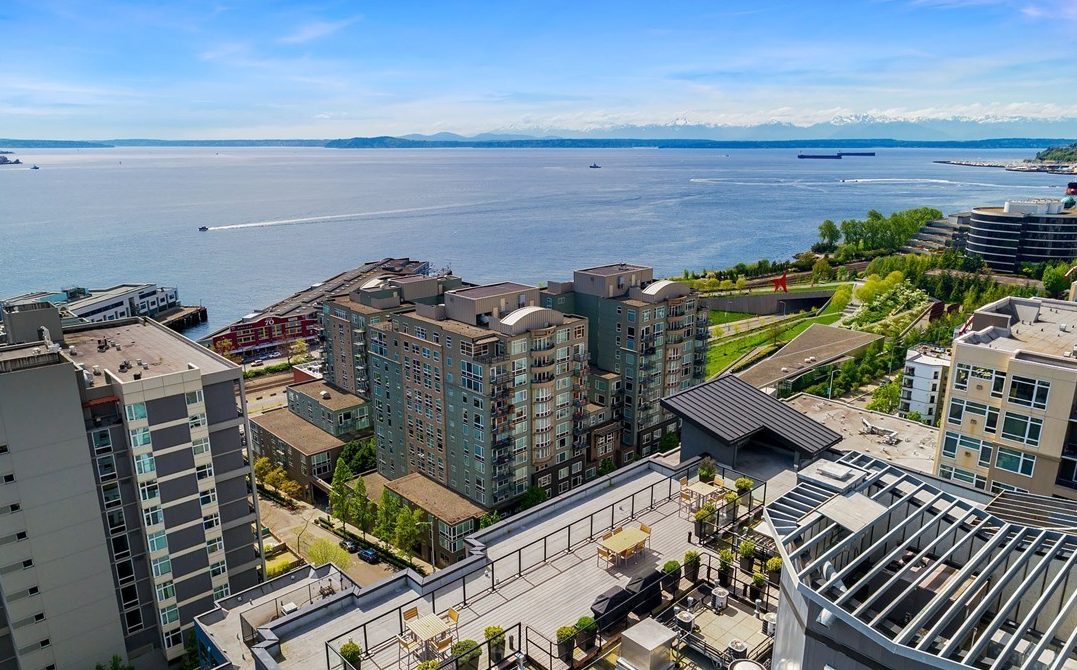 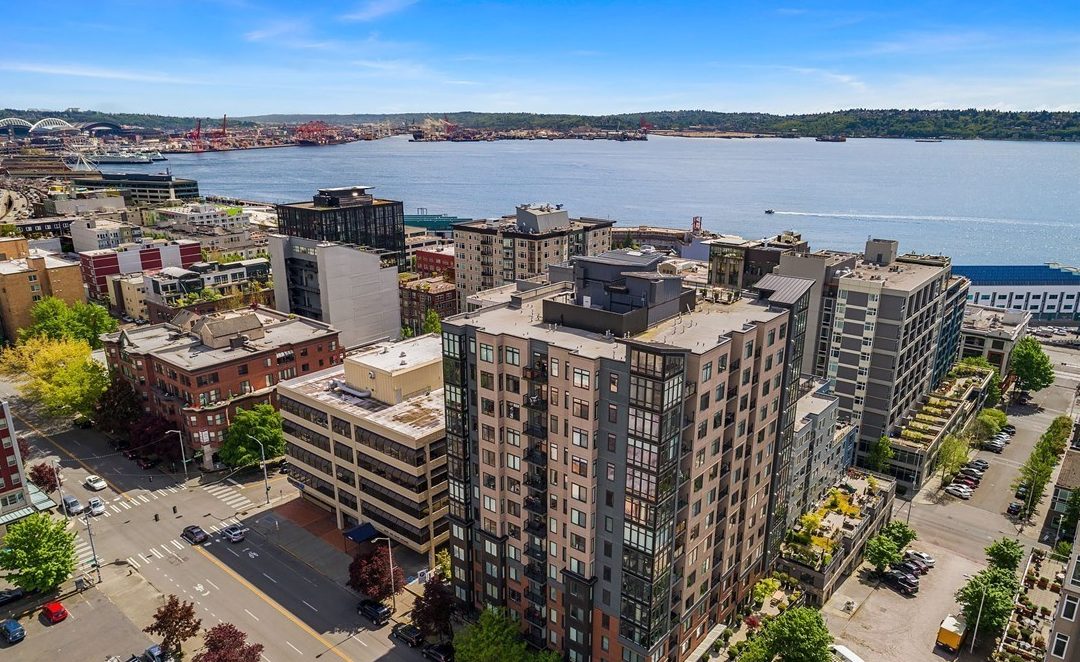 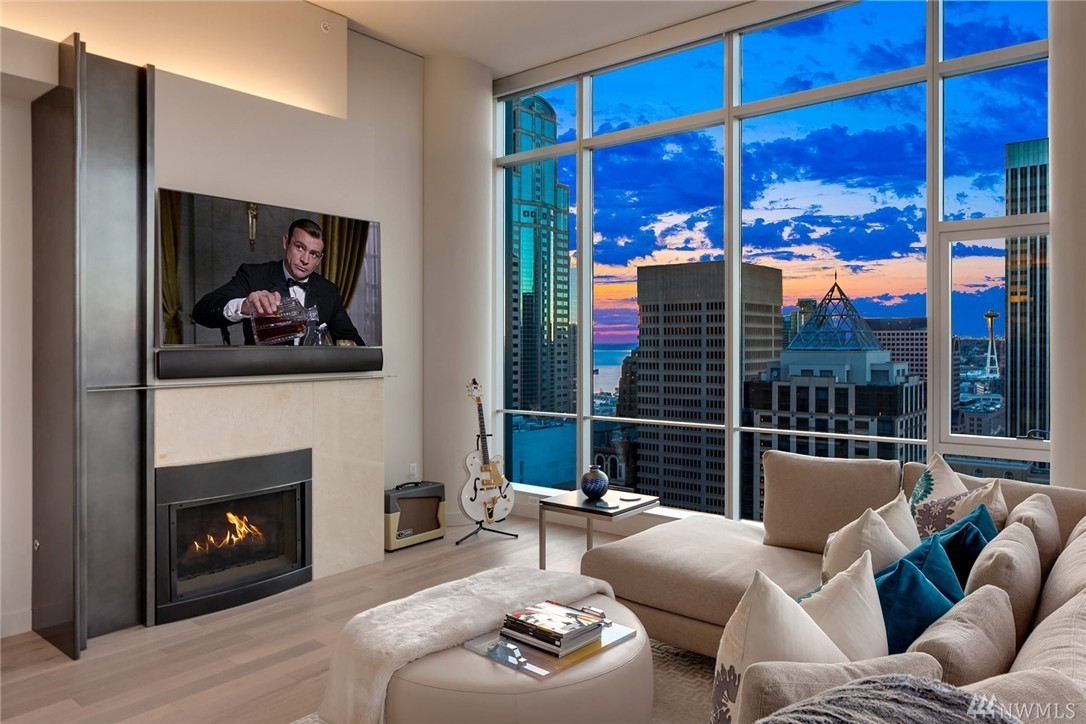 It was purchased in June of 2014 for $1,700,000. Now back on the market this rare 3 bedroom, 2.5 bath top floor space is looking for a new buyer. The square footage of the unit is just over 2,000sf. It has floor to ceiling glass, panoramic views of the city and includes 2 parking stalls and 2 storage lockers.

We like the owners art-work and the kudos to the photographer for taking some incredible photos. This unit won’t last long. It is priced to sell and we love the building. 5th and Madison is a concrete and steel building with a great location. Just 2 blocks away from the freeway and walking distance to Pioneer Square of the Downtown Seattle waterfront.

Not the right penthouse for you? We made a list of the 3 most expensive Seattle Penthouse condos late last week – check it out. 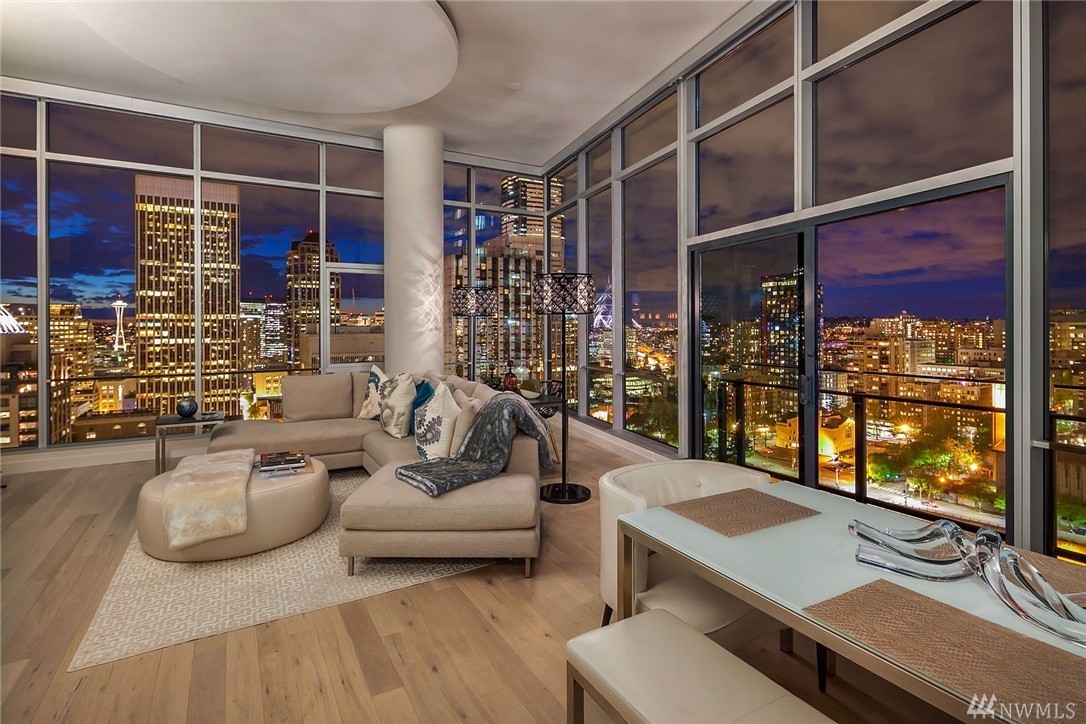 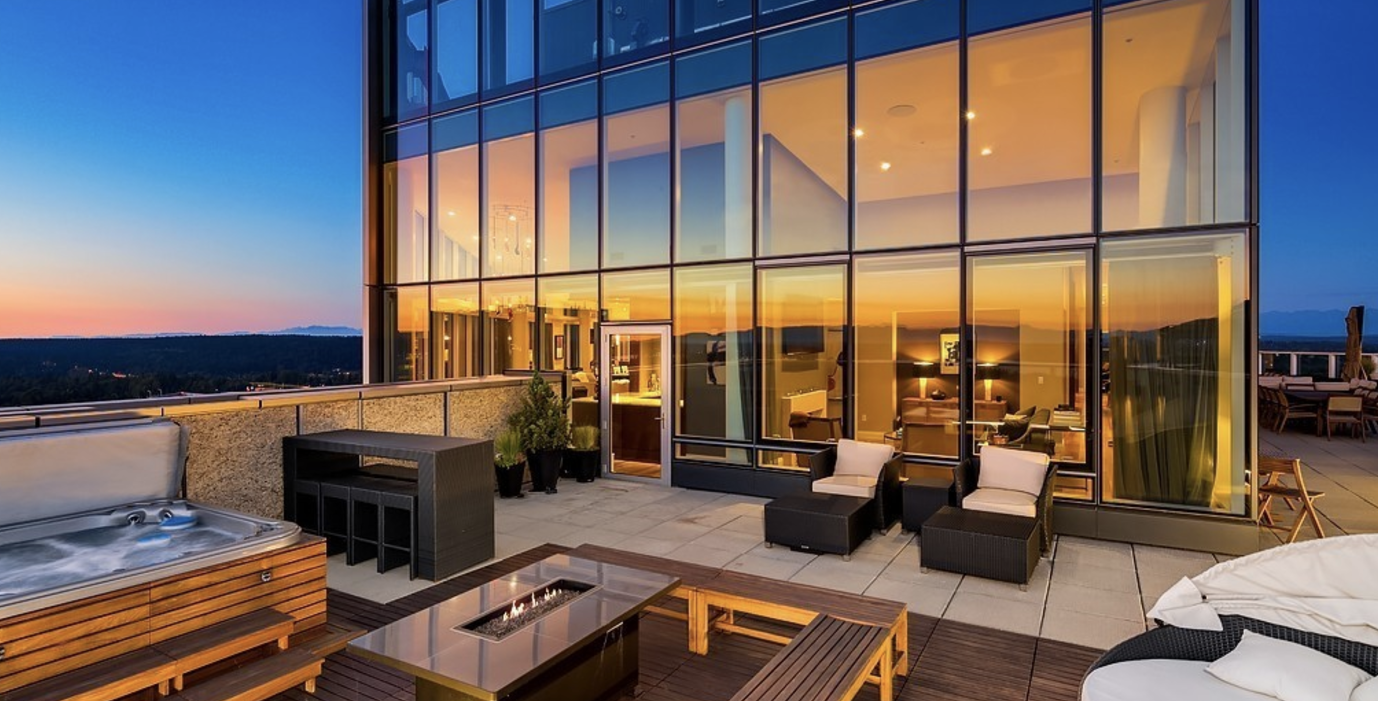 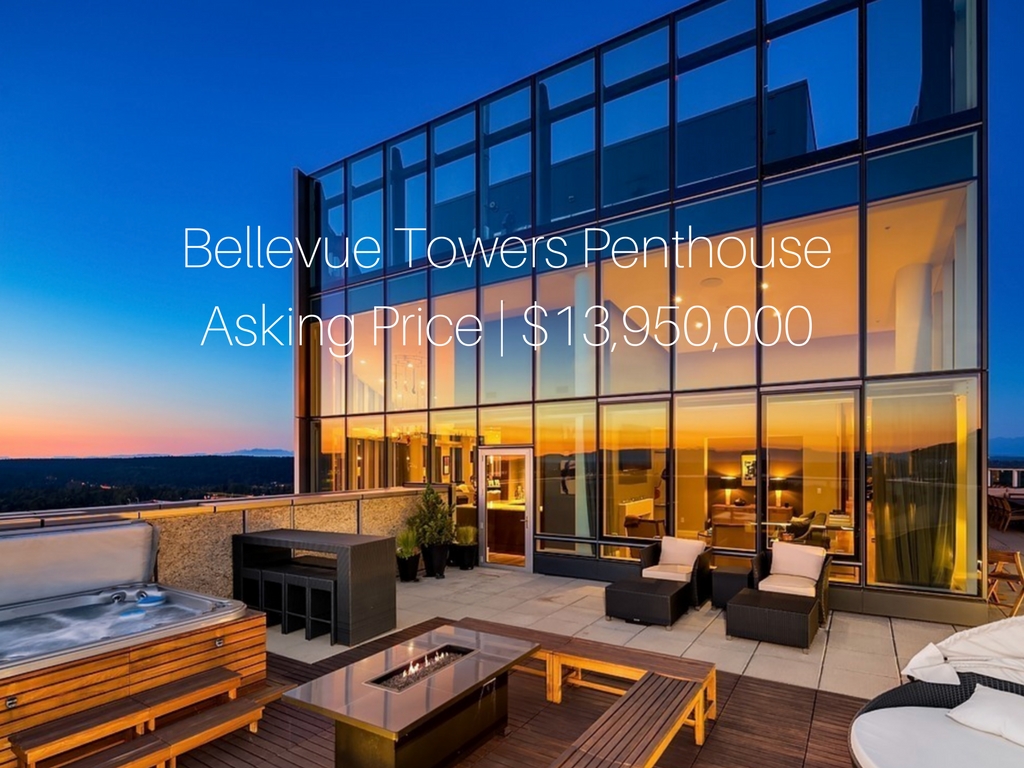 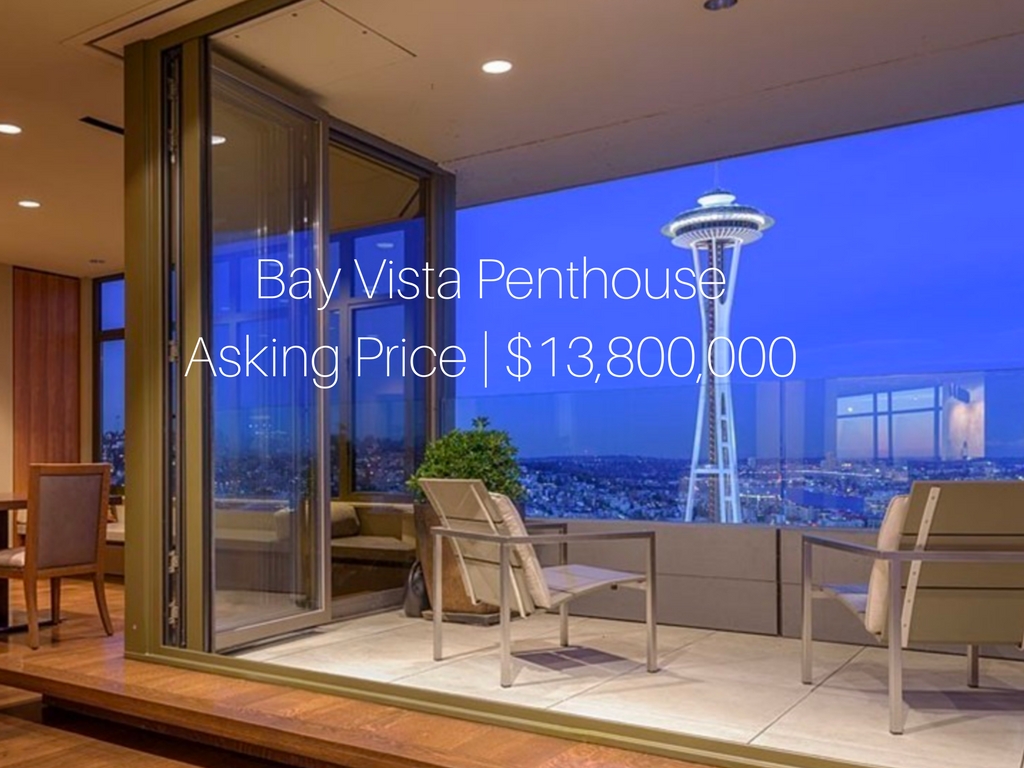 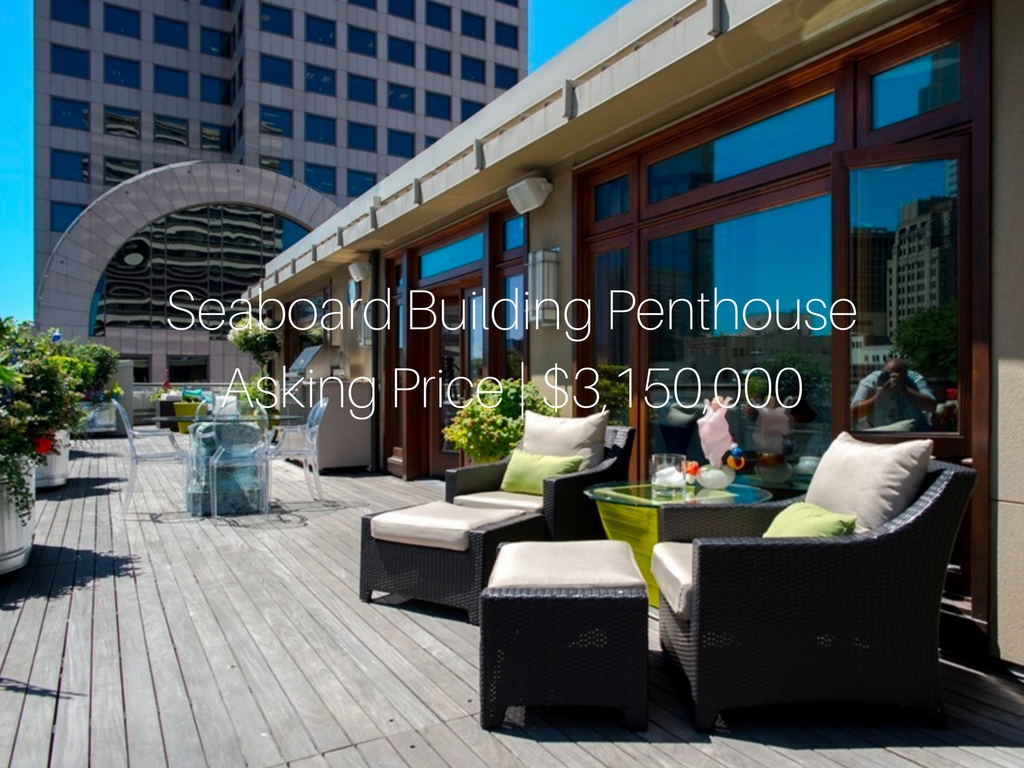 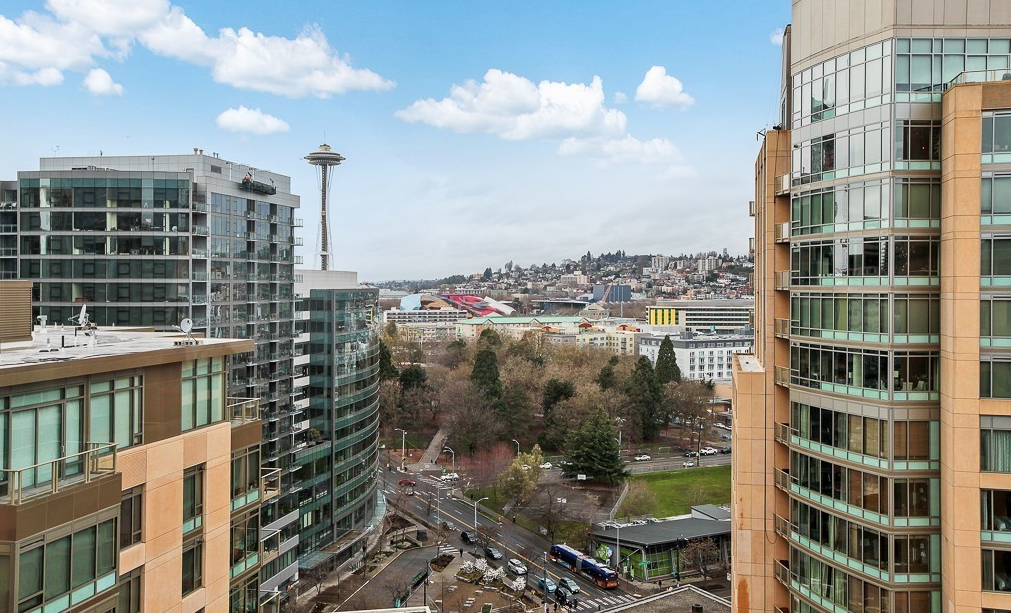 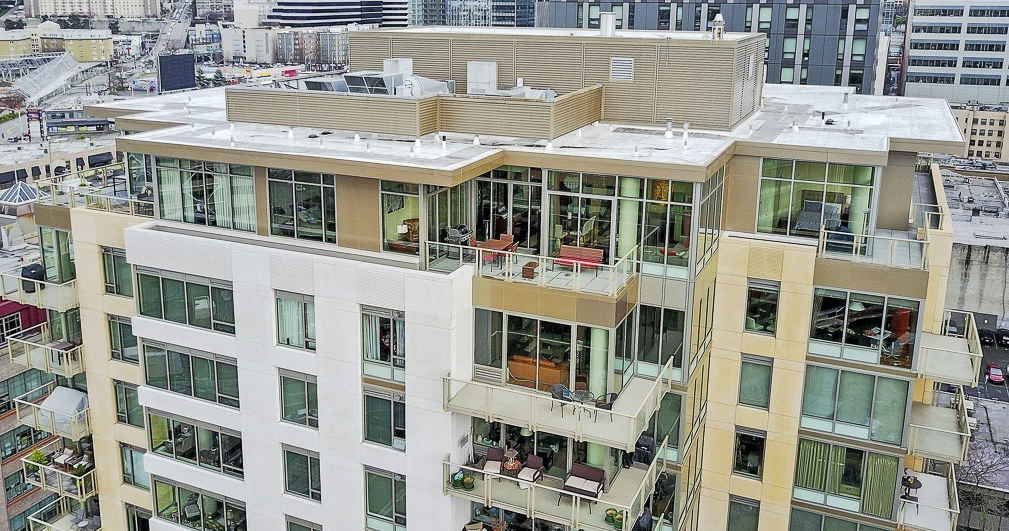 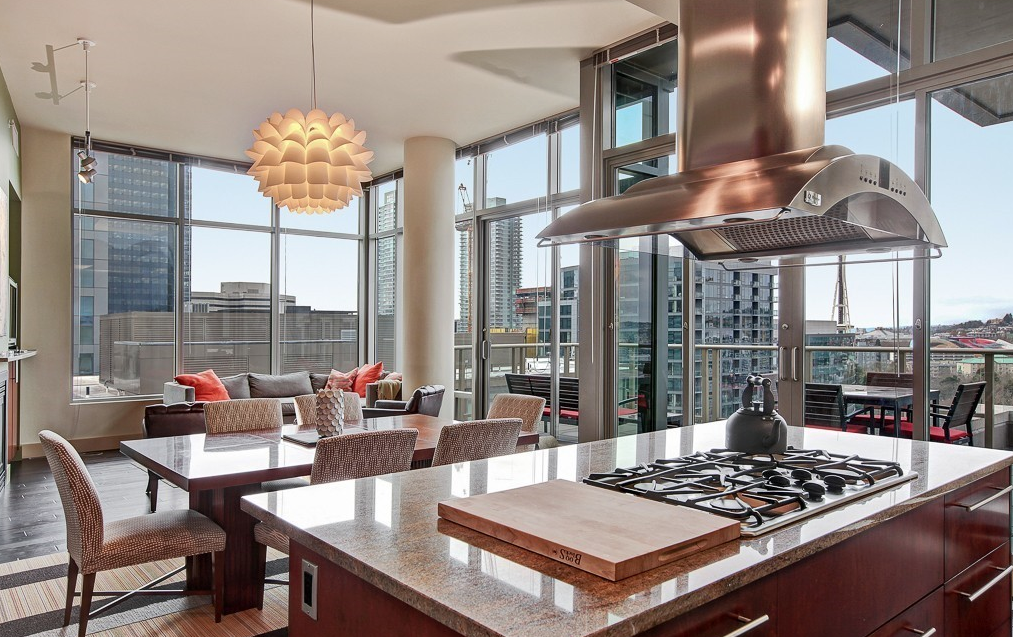 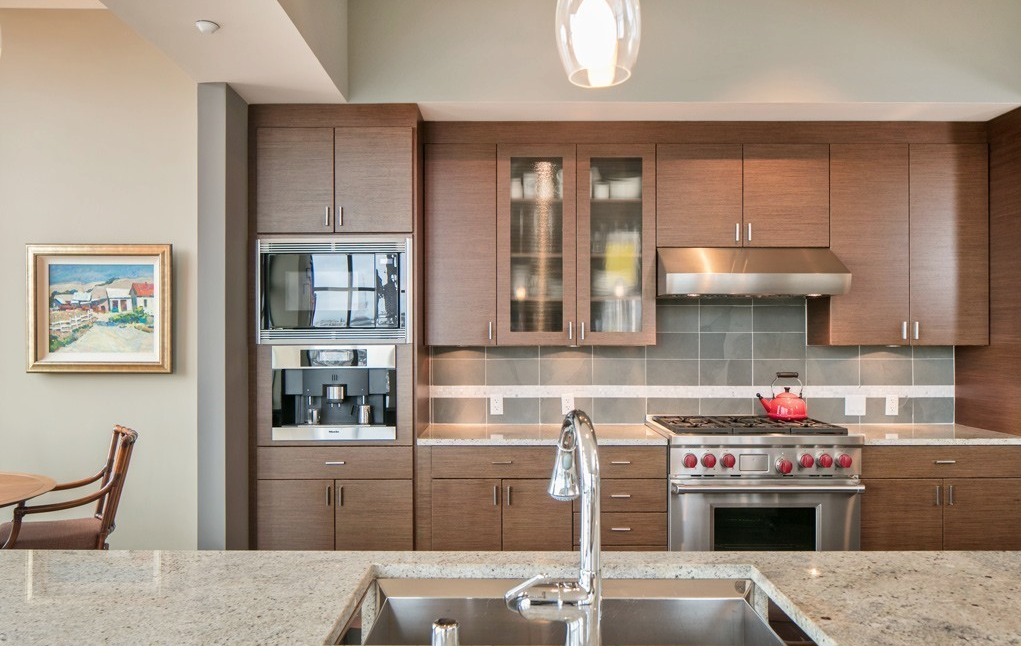 I love nothing more than a fresh cup of coffee on a Saturday morning and new penthouse that hits the market! Check out this incredible top floor space at The Cosmopolitan.

At 1,878sf, it has 2 bedrooms and 2.5 baths. Full to ceiling windows, high end appliances and a chefs kitchen highlight the interiors of this opulent space. For those of you that are not familiar with the Cosmopolitan, it is located in the heart of the Denny Triangle. The building has always been popular with investors as it does not have a rental cap. The project has residential units from floor 9-34. Amenities include 24 hour doorman, business center, homeowners lounge, spa, sauna, fitness and rooftop deck. 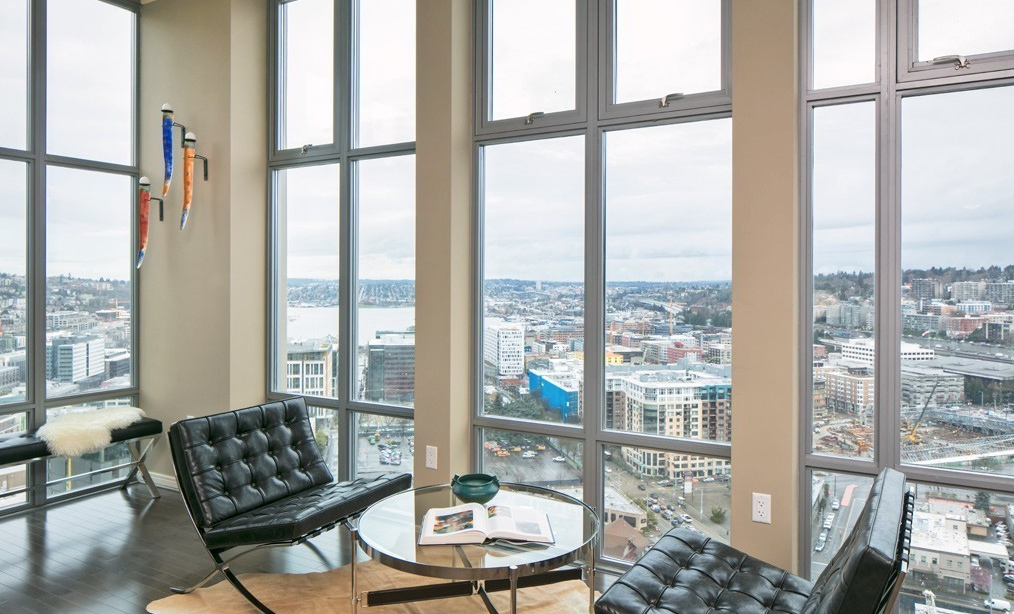 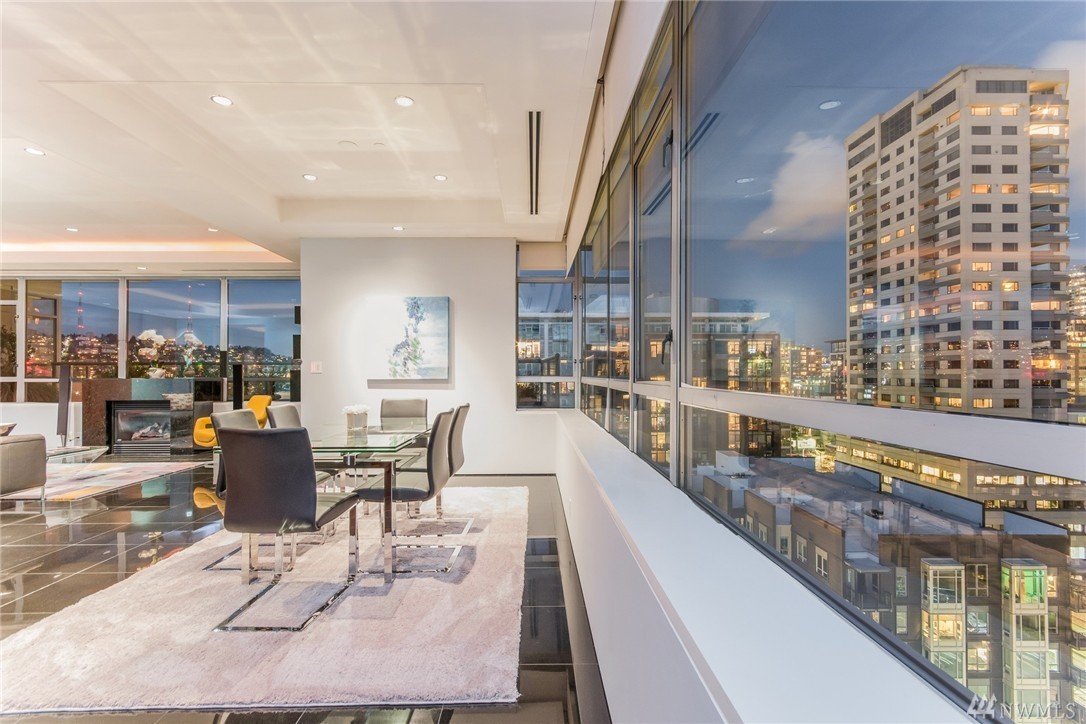 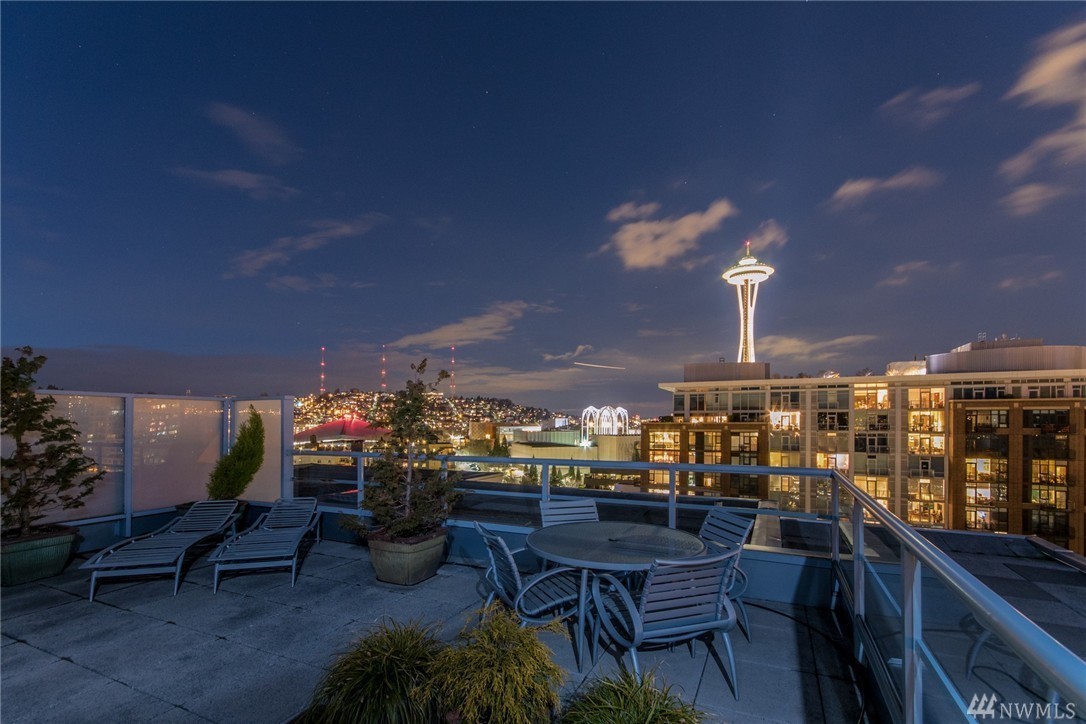